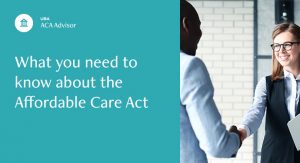 Update on Nondiscrimination Regulations Relating to

The Patient Protection and Affordable Care Act (ACA) Section 1557 provides that individuals shall not be excluded from participation in, denied the benefits of, or be subjcted to discrimination under any health program or activity which receives federal financial assistance from the Department of Health and Human Services (HHS), on the basis of race, color, national origin, sex, age, or disability.

On May 13, 2016, HHS issued a final rule (2016 rule) implementing Section 1557, which took effect on July 18, 2016. The 2016 rule applied to any program administered by HHS or any health program or activity administered by an entity established under Title I of the ACA. These applicable entities were “covered entities” and included a broad array of providers, employers, and facilities. State-based Marketplaces are also covered entities, as are Federally-Facilitated Marketplaces. For entities that were required to make changes to health insurance or group health plan benefit design as a result of the current rule, the current rule applied as of the first day of the first plan year beginning on or after January 1, 2017.

On October 15, 2019, the U.S. District Court for the Northern District of Texas (Texas District Court) vacated portions of the 2016 rule implementing Section 1557 that prohibit discrimination on the basis of gender identity and pregnancy termination. The Texas District Court remanded the vacated portions of the current rule to HHS for revision. The Texas District Court’s ruling was appealed to the Fifth Circuit Court of Appeals. The Fifth Circuit granted a stay of the case until after the Supreme Court issues an opinion on whether discrimination based on sexual orientation or gender identity is prohibited under Title VII of the Civil Rights Act (CRA). On June 15, 2020, the Supreme Court issued an opinion holding that an employer that fires an individual for being gay or transgender violates Title VII of the CRA.

On June 12, 2020, HHS announced a final rule implementing Section 1557 that revises or repeals many provisions contained in the prior 2016 rule. The final rule was published on June 19, 2020, and took effect on August 18, 2020, except for certain provisions noted below.

In light of the Supreme Court’s opinion noted above, on September 2, 2020, the U.S. District Court for the District of Columbia (D.C. District Court) issued an order providing a preliminary injunction halting the repeal of the 2016 rule’s definition of discrimination on the basis of sex, but only to the extent that it included “sex stereotyping.” The 2016 rule’s definition of sex stereotypes is “stereotypical notions of masculinity or femininity, including expectations of how individuals represent or communicate their gender to others, such as behavior, clothing, hairstyles, activities, voice, mannerisms, or body characteristics.” The D.C. District Court ruling does not revive the prohibition of discrimination based on gender identity or the prohibition of discrimination based on pregnancy termination portions of the 2016 rule that were vacated by the Texas District Court. The D.C. District Court’s order also issued a nationwide preliminary injunction halting the enforcement of the religious exemptions to Section 1557’s nondiscrimination provisions that the final rule added by incorporating the religious exemptions for certain religious organizations contained in Title IX of the Education Amendments of 1972. The order will remain in effect while the court case proceeds.

Download the full ACA Advisor to read more about how the final rules address discrimination based on sex, gender, and sexual orientation, and implications for health marketplaces and health plans.

Our access to ACA Advisor resources can help you clear up ACA questions and better craft your company’s benefit strategy for the future.

This information is general and is provided for educational purposes only. It reflects UBA’s understanding of the available guidance as of the date shown and is subject to change. It is not intended to provide legal advice. You should not act on this information without consulting legal counsel or other knowledgeable advisors.

Interim Final Regulations Part 1 On July 1, 2021, the U.S. Departments of Health and Human Services, Labor, and Treasury, along with the Office of Personnel Management (collectively, the Departments), issued an interim final rule (IFR) to explain provisions of the No Surprises Act (the Act) that passed as part of sweeping COVID-19 relief legislation […]