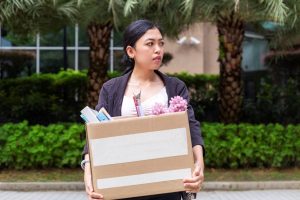 The global economy has suffered since the start of the coronavirus (COVID-19) pandemic. Many businesses have had to come up with creative solutions to address declines in business such as furloughs, pay cuts or freezes on matching retirement contributions. The goal is that a temporary change may tide the company over until the business has adjusted to changes. Unfortunately, some companies have had to reduce headcount using a more permanent fix through a single or series of layoffs. This extensive process requires business leaders and human resource executives to clarify the terms and conditions of a layoff. One decision to evaluate is whether departing staff will receive a severance package to help with this change in employment and potentially support a new job search. Companies are encouraged to consider relevant laws, company severance policies, and employee messaging.

Severance is defined as a benefits package given to departing employees after they leave an organization. Severance packages may include items like a lump sum payment or pay continuation for a designated period, paid COBRA (healthcare benefits) coverage, or an outplacement program. The U.S. does not have strict regulations regarding the inclusion of severance packages. That being said, the Worker Adjustment and Retraining Notification (WARN) Act does offer guidance for employers that intend to lay off 100 or more employees. Companies who meet these conditions and do not provide at least 60 days’ notice to affected employees may be liable for back pay and benefits.

While offering a severance is not required, many companies have a severance policy in place. A standard severance policy outlines the terms, conditions, and any relevant formulas used to determine the package. Employers who pride themselves on having an “employee first” culture often advertise their severance policy during the recruitment process to attract candidates. While this may sound preemptive, a severance policy offers a high degree of transparency to employees. A recent Korn Ferry severance survey reported that 28% of companies that laid off employees during the last year did not have a severance policy in place. When there is a policy, employees can rest assured they will receive a severance package if affected by a layoff, a guarantee which may be important if the employee has experienced the hardships of a layoff previously. A standard formula used to calculate severance is two weeks of pay for every year employed. For example, an employee with eight years of tenure would receive 16 weeks of pay as a part of the separation agreement. Many employers upgrade this offering as another way to show commitment to their staff. Regardless of the package details, companies are required to honor active severance policies.

Eliminating staff is a tough decision all around. It affects the former employee who is likely dealing with a sudden change in job security and financial insecurity. It affects remaining staff who may feel a sense of guilt for not being affected or sadness for their departing colleagues. Businesses are wise to keep an open door on communication during and after a layoff to reinforce how the business plans to adjust to these changes while honoring the privacy of exiting employees. Kind and fair treatment go a long way in maintaining employee confidence. 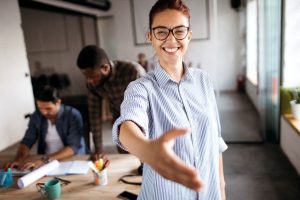 In real life (IRL), a good first day at a new job may include donuts in the break room, a slew of in-person introductions and a load of branded company swag (mouse pad, coffee cup and pens). Companies have had to rethink their orientation process due to the increase in new hires starting day one from home. Virtual onboarding is a different animal! HR leaders and managers should think out of the box, or out of the office, to make new hires feel welcomed and included. A major component of a successful virtual onboarding has to do with preparation. Here are a few tips to optimize your onboarding for virtual team members.

A picture (video) is worth a thousand words.

It is clear to a new employee when a company has not planned for a virtual new hire and can start the relationship on a bad note. Instead, prepare for the unexpected! Overcommunicate and do your best to set expectations. The first 90 days is an important time in a new hire’s learning curve. This upfront investment in their onboarding will reap positive benefits in the long run.

Telemedicine: Just a Phone Call Away 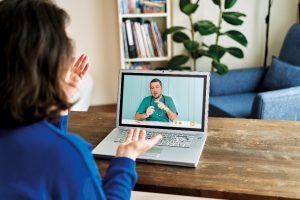 Prior to the pandemic, the idea of scheduling a virtual doctor appointment was about as novel as online dating was in the late ‘90s. Telemedicine was used by less than 5% of the U.S. population, primarily in the area of mental health with the emergence of new apps like Better Help and Talk Space. In-person doctor visits decreased as the number of coronavirus (COVID-19) cases increased last spring. This decline forced many insurance companies to loosen restrictions on the previously limited use of telehealth appointments. Many doctors’ offices responded to the demand by taking advantage of this opportunity to figure out how to use telemedicine successfully. Healthcare consumers responded by jumping on the telehealth highway. Now that telemedicine has been added to the American healthcare portfolio, patients will need continued guidance to identify when to use these options.

A study conducted by the JAMA Network Open noted that traditional medical appointments decreased by 52% last April. Patients initially canceled or postponed appointments that were not urgent to decrease the risk of exposure to COVID-19. In response, many insurance companies removed barriers to telehealth usage by expanding covered services to encourage patients to maintain their health throughout the pandemic. As a result, the tides changed, and the use of telemedicine increased dramatically. In fact, telehealth appointments increased by more than 4,000% in April. (Yes, that was three zeros!)

Patients now have the option in many cases to choose whether to meet their physician in person or virtually. That being said, consumers should evaluate which type of appointment makes the most sense given the goal of their doctor visit. In-person appointments and telehealth are not always interchangeable. While a virtual doctor appointment is useful for minor illnesses like a sore throat, it is not effective for visits that require a procedure or biopsy. With that in mind, US News points out that telemedicine is expected to support, not replace, the functionality of in-person visits. This is good news for patients who enjoy the perks of online healthcare visits. Benefits include convenience and flexibility to fit a visit into their busy workday.

Is telehealth here to stay? It looks like it has become a part of the fabric of our healthcare lives. Consumers should check with their insurance provider to confirm coverage as the market predicts some changes in insurance coverage as time goes by.

Is Multitasking Dead or Alive? 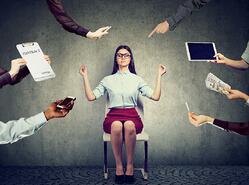 Multitasking was once a characteristic touted by savvy workers who claimed to be highly efficient and productive. Women are particularly adept at this skill that requires bouncing from one task to another quickly. An onslaught of articles a few years ago told readers that multitasking effectively was a myth. Top business magazines like Harvard Business Review and the New York Times listed the many reasons multitasking overtaxed the brain and decreased cognitive functioning. However, a closer look shows the research is not black and white. Multitasking is mentally taxing when working on two novel tasks that require use of our short-term memory; alternatively, multitasking can be effective when completing routine activities.

Studies that looked at the efficacy of multitasking often evaluated the effects of completing two tasks that require input from what is called our “working memory,” otherwise known as short-term memory. In this scenario, the two activities are in a duel, competing for short-term memory space. Both activities require us to draw new information like visual cues and process from our short-term working memory leading to cognitive decline. The amount of time needed to finish a task increases due to “attention residue.” Have you ever read a book chapter only to discover that you don’t recall what you read because you were thinking about the grocery list you put together? Attention residue is the act of reflecting on a prior task when we moved on to a new one. As you can imagine, we are less effective when our minds are pulled elsewhere.

Georgetown Professor Cal Newport recommends we counteract the damage of multitasking by setting aside time for “deep work.” Deep work is focusing on one task, also called monotasking, for uninterrupted periods of time. This “deep work” requires concentration and is a good brain exercise to help train our minds to refrain from multitasking – a practice that many have grown accustomed to with cell phones and laptops pinging with reminders.

This doesn’t mean that multi-tasking is always a bad idea! There are certain situations where juggling two actions at the same time is just fine. Humans are creatures of habit and we effectively multitask when pulling information from our memory. In order for this type of multitasking to take place, we need to use less of our working memory and more of our long-term memory files. This is where building routines or habits come into play. Habits decrease your reliance on working memory, and, as a result, enables us to multitask with ease. For example, we may listen to an audiobook while driving or tune into a podcast as we chop vegetables for dinner without affecting either activity negatively. While some say multitasking is a trend of the past, it is a technique we all use in our daily lives.

This information is general and is provided for educational purposes only. It is not intended to provide legal advice. You should not act on this information without consulting legal counsel or other knowledgeable advisors.