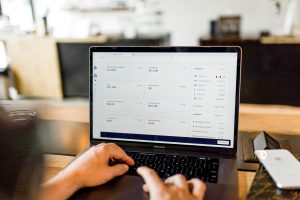 On July 1, 2021, the U.S. Departments of Health and Human Services, Labor, and Treasury, along with the Office of Personnel Management (collectively, the Departments), issued an interim final rule (IFR) to explain provisions of the No Surprises Act (the Act) that passed as part of sweeping COVID-19 relief legislation signed in December 2020. The Act and IFR aim to protect consumers from excessive out-of-pocket costs resulting from surprise and balance medical billing. This Advisor provides a high-level summary of the IFR.

Under the Act, group health plans, or health insurance issuers offering group or individual health insurance coverage, that provide or cover any benefits for services in an emergency department of a hospital (including a hospital outpatient department that provides emergency services) or an independent freestanding emergency department (in-network or out-of-network, also referred to as participating and nonparticipating), must cover the emergency services with no pre-authorization and without regard to any other term or condition of such coverage (other than exclusion or coordination of benefits, or an affiliation or waiting period, permitted under the Patient Protection and Affordable Care Act (ACA), and incorporated pursuant to ERISA and the Internal Revenue Code, and other applicable cost-sharing).

If a nonparticipating provider (e.g., anesthesiologist or physician) renders services at a participating facility or at a nonparticipating emergency facility, the provider may not bill beyond an allowed cost-sharing amount (based on the “recognized amount” set forth in the IFR). Further, within 30 days from when the provider transmits a bill to the plan, it must determine an initial payment amount and directly pay the provider or issue a notice of denial. If the provider disagrees with the plan’s payment, the parties may begin a 30-day open negotiation period. If the parties fail to reach an agreement, the plan or provider has four days to notify the other party and the Secretary of the Department of Health and Human Services (HHS) that they are initiating the Independent Dispute Resolution (IDR) process provided for under the Act.

The Act directed the Departments to issue rules (in three stages) to explain how they will implement and enforce the Act. The IFR is the first set of those required rules, and it specifies that:

The IFR provides that emergency services include certain pre-stabilization services that are provided after the patient is moved out of the emergency department and admitted to a hospital as well as certain services provided after the participant or beneficiary is stabilized and as part of outpatient observation or an inpatient or outpatient stay with respect to the visit in which the services were rendered.

The IFR also provides a complicated and detailed methodology that group health plans and health insurance issuers must use to determine the qualifying payment amount (QPA) for covered services, the information plans and issuers must share with out-of-network providers or facilities when determining the QPA, the applicable geographic regions for determining the median cost for services, and a process to receive complaints of violations of the QPA requirement.

The IFR states that balance billing for the services covered by the Act is generally prohibited, and it specifically caps the allowable costs, including cost-sharing amounts, for such services at:

The Departments intend to issue regulations soon regarding IDR entities and the IDR process.

The IFR will apply to all group health plans other than:

The IFR extends certain patient protection provisions to grandfathered plans. Specifically, the IFR provides that participants in a plan that requires designating a primary care physician (PCP) be allowed to designate any participating provider as PCP. Additionally, the IFR provides that a participant may name a pediatrician as the PCP for a child beneficiary and prohibits a plan from requiring pre-authorization or PCP referral for treatment or care from any participating provider of gynecological or obstetric care. The IFR provides sample language for plans to include in summary plan descriptions (SPDs) or other explanations of plan terms and conditions.

The IFR will take effect 60 days after being published in the Federal Register and will apply to group and individual health plans beginning with plan years that start on or after January 1, 2022. The Departments have invited interested parties to submit public comments through September 7, 2021. Any Final Rule issued after the comment period should track the IFR closely, but the Departments have specifically sought comment on the method for calculating the QPA, so we expect the Departments ultimately could modify the calculus for these amounts.